Dr. Amanda Booth was born in in March 1962. Her family moved to when she was very young and it was at the age of 5, on a tour of the new in that she developed the determination to help animals for a career. Dr. Booth began her pre-veterinary studies in an advanced entry program at at the age of 13. She graduated at 17 years old with her B. Sc. obtaining the highest average in the University and winning the Lieutenant Governor's Medal and the Dean of Science Medal. She began her Veterinary studies that year at the WCVM in , graduating in 1983. Interested in pursuing a more in depth knowledge of Internal Medicine she completed an Internship and Residency in Internal Medicine at the and WCVM. She completed the examination sequence and became a board certified specialist with the of Veterinary Internal Medicine in 1990. She established Saseenos Veterinary Services in 1989, and chose Sooke to practice because it had been home base every summer since childhood and it had been the permanent home of her family since 1978. Since passing her specialty boards, she has focused on building a team committed to medical excellence while keeping compassion for both patients and owners in the fore front. Continuing education has always been a primary focus, she has enjoyed teaching veterinary students in the practice setting and spends her spare time spoiling her 4 legged family members rotten and training her Oldenberg mare, Phizz (whom she has had since her birth in 1996) in Classical Dressage.

Dr. Carla Bell graduated in 2005 from the Western College of Veterinary

Medicine in Saskatoon before returning back to the Island where she had completed her undergraduate degree at the University of Victoria.  She was eager to join the excellent team at Saseenos Veterinary Services and deliver the utmost in quality and caring medicine for the pets in the community. Despite growing up in an urban environment, her passion for having a farm and treating animals of all sizes has been fulfilled as she now raises pigs and sheep as well as enjoying time with her pet goats, dog and 3 cats. She spends a lot of her spare time in the great outdoors, hiking, surfing, playing ultimate frisbee and is on the ice playing hockey during the winter. 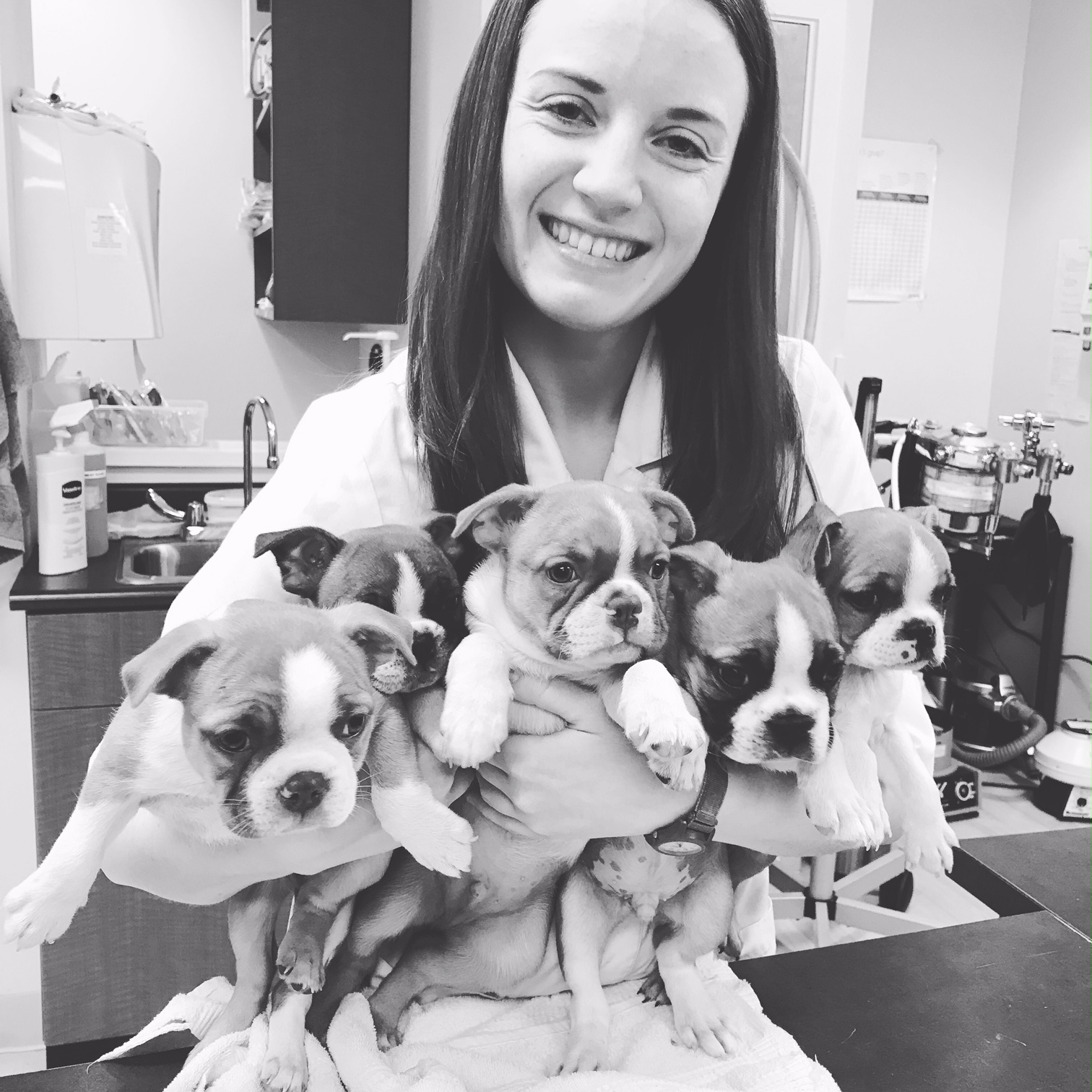 Dr. Caitlin Wright graduated in 2013 from the Western College of Veterinary Medicine in Saskatoon. In 2015, she completed an internship in small animal medicine and surgery at the WCVM and won the Hill's award for Intern of the Year. Dr. Wright practiced in Langley, BC for 3 years, before returning to her hometown of Sooke to join the team at Saseenos. Her areas of interest include feline medicine, emergency medicine, anaesthesia, and client communication. In her spare time, she enjoys classical ballet, reading, camping, and spending time with her family.

Nyla was born and raised in Victoria, however she moved to Olds, Alberta to complete her education to become a Registered Animal Health Technologist. She graduated in 2004 and promptly moved back to the island to escape the snow! In 2005, she joined the team at Saseenos. If she had to choose, she would say that dentistry and anesthesia would be her two most favorite areas of veterinary medicine. Another great thing is that working in a clinic every day is different, you never know what you are going to get! Currently, she has two cats who are her "babies"; Kosmo, a Siamese cross and Orion, a purebred Burmese and she has recently added a purebred Boxer named Titan to the mix.

Violette has always had a passion and interest in companion animal healthcare and chose to pursue a career in the Veterinary field by completing her Veterinary Office Assistant Diploma. After completing her diploma in Vancouver in the summer of 1999 she promptly moved to the Island seeking a slower pace. After working in Veterinary clinics for 10 years she joined the Saseenos Veterinary Services team in February 2009 as Office Manager. Violette has a home that she shares with her husband, 2 young and very active children, 4 furry feline friends and 1 super affectionate Golden Retriever.

Sharise started at Saseenos in August of 2009, and quickly succumb to the beauty that Sooke had to offer. She became a resident shortly thereafter. Sharise's home is run by her sweet Staffordshire terrier named Tucker, and her adorable Chihuahua by the name of Chili, along with a few cats she's accumulated over the years. When Sharise isn't working away at the clinic, she can often be found hiking on our beautiful West coast trails, camping or checking out the local music scene.

Find us on the map

Read What Our Clients Say